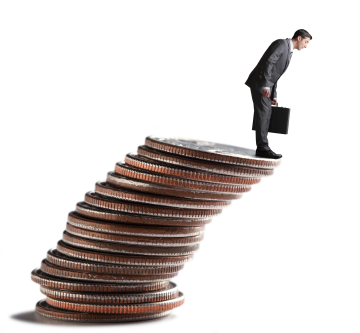 How To Make Sure Your Company Avoids The Fiscal Cliff

In Washington, the talk about the U.S. economy going over the so-called fiscal cliff is growing louder every day. For taxpayers, it’s frustrating to watch “the process,” which seems to be mostly about screaming at each other and name-calling, and which does not seem designed to create a solution. The result could be a significant hit to all of our wallets.

The point is that we live in unce 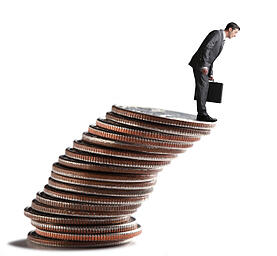 rtain economic times. One consequence of the global economy we operate in is that events halfway around the world impact us far more often and far more quickly, and that means we have a little less control over our own personal and business trajectory. So creating a business that’s sustainable and able to withstand tremors from around the globe is critical.

Back in 2008, CoreDial was a business just like yours; we were selling Hosted PBX, SIP Trunking and VoIP directly and through channel partners, and we were realizing solid growth. Using the CoreDial platform, we sold, delivered, managed and invoiced for our services. Our model was built on creating monthly recurring revenue, and each month we would increase the number of customers and endpoints we were serving.

And then September 15, 2008 happened. You might remember that that was the day Lehman Bros. suddenly tanked, sending the entire economy into a tailspin. Everyone was standing on shaky ground and there was very real fear that we were going to drop into a recession. For our business here at CoreDial, the pervasive fear meant that none of our prospects were going to be making any business decisions any time soon; companies stopped buying phone systems. In terms of new sales, business paused for two to three months. But the best thing about recurring revenue is…wait….it recurs! Cash continued to flow in every month, and we survived just fine. That wasn’t the case for some of our Interconnect friends, who heavily relied on big one-time sales of PBX systems. Many of them almost went out of business…and some of them did.

The fact is that not all revenue is created equal. Yes, a dollar is a dollar, but the more predictable that dollar is, the more valuable it becomes. Predictable revenue is something you can build on, month after month as you add new customers. It begins to create an annuity and takes you out of the boom-and-bust cycle.

Maybe that’s why a study done earlier this year showed that almost half of U.S. businesses have or are considering switching to a recurring revenue model.

There are many benefits to having a recurring revenue model – the “subscription” model provides a constant feedback loop, you reduce customer churn and build brand loyalty, and others. The peace-of-mind that comes from steadier cash flow is probably the best reason for you to consider switching to this model. The downside is it takes a little longer to build top-line revenues, but you’ll make more money in the long run.

Recurring revenue is more important than ever to your business, especially with fiscal cliff looming.